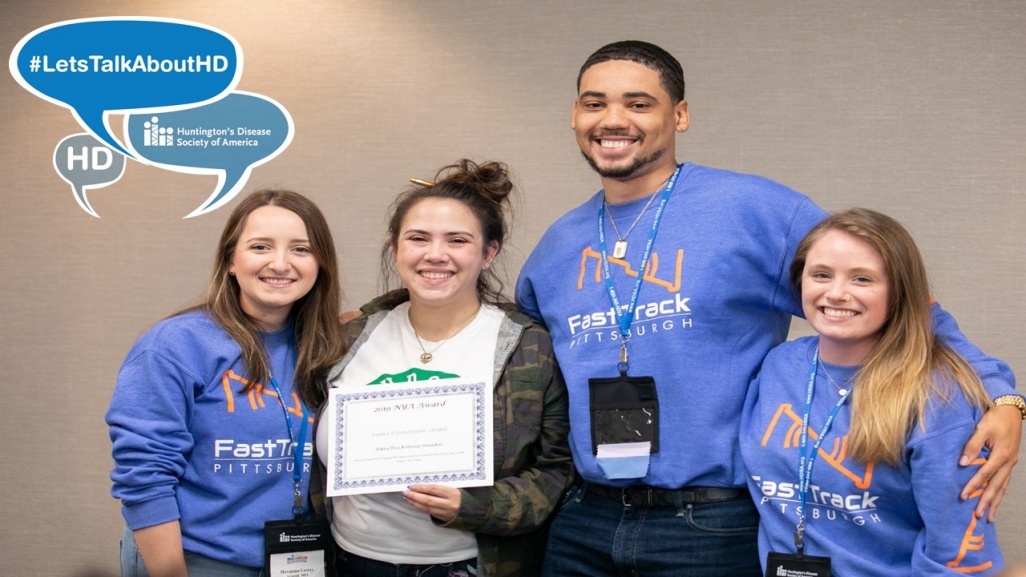 Ashley Pesi is only twenty-five-years-old with a lot on her plate.

In 2016, her mother was diagnosed with Huntington’s disease (HD). This is a fatal genetic disorder that causes the progressive breakdown of nerve cells in the brain. It deteriorates a person’s physical and mental abilities usually during their prime working years and has no cure.

For the past ten years, Ashley saw the involuntary movements from her mother as well as her mood swings. These are two examples of the symptoms of HD.

The symptoms of Huntington’s disease are described as having ALS, Parkinson’s and Alzheimer’s – simultaneously. Others include depression, personality changes, forgetfulness, impaired judgement, involuntary movements, slurred speech, difficulty in swallowing, and significant weight loss.

According to Ashley, before her mother was officially diagnosed, the anxiety of dealing with her symptoms led to her father moving out of the house and leaving her mother. Ashley would then help out but eventually moved in with her father at the age of sixteen-years-old.

Her youngest sister is the main caretaker as Ashley takes care of payments that her mother has. Ashley wants her youngest sister to be able to live her life and not have HD affect it. However, HD may play a role later in life for the family.

When her mom tested positive, the doctor thought that it would be beneficial to her getting tested as well. In 2017, Ashley would get tested for the disease.

Ashley would then get the results and she tested positive for HD. Looking back, she was not mentally and emotionally ready to know.

She does have a daughter who is at risk but has a supportive significant other. According to Ashley, he is not dealing with the disease as it is just how life is.

A year before she was diagnosed, Ashley spoke to a social worker from the University of Pittsburgh Medical Center. This is one of the 47 HDSA Centers of Excellence that provide an elite team approach to HD care and research. Professionals have extensive experience working with families affected by HD and work together to provide families the best HD care program.

Through the social worker, she learned more about HDSA’s National Youth Alliance (NYA). For several years, the NYA is a collection of children, teens, and young adults from across the country that motivates young people to get involved in their local HDSA Chapters, Affiliates, and Support Groups.


“She is the most driven person I have ever met,” said Morgan McLane, former Fundraising Chair of NYA.

Ashley dove in head first with NYA as she wants make a difference in the HD Community and give young people affected by HD a voice. She is more motivated as she wants to continue providing outreach for the NYA as she wants this to be there for her daughter when she gets older. This is what drives Ashley as she now serves as the Fundraising Chair for the NYA.

“Ashley is a person who is always looking at the bigger picture,” said Jennifer Simpson, Senior Manager of Advocacy and Youth Programs of HDSA. “As soon as she found the HD community, after a traumatic testing experience, Ashley knew that she had to be a part of something larger, make an impact that is bigger than just herself, and that is exactly what she’s done. Ashley shines a light so bright into the HD community that it’s hard not to be brightened by her presence.”
Ashley has a message for the young people in the HD Community:

“I accept my HD. The NYA has helped me with the support and they have become family to me. The feelings that you are feeling are okay. The NYA knows how you feel. We are a big family and take the leap with us.”