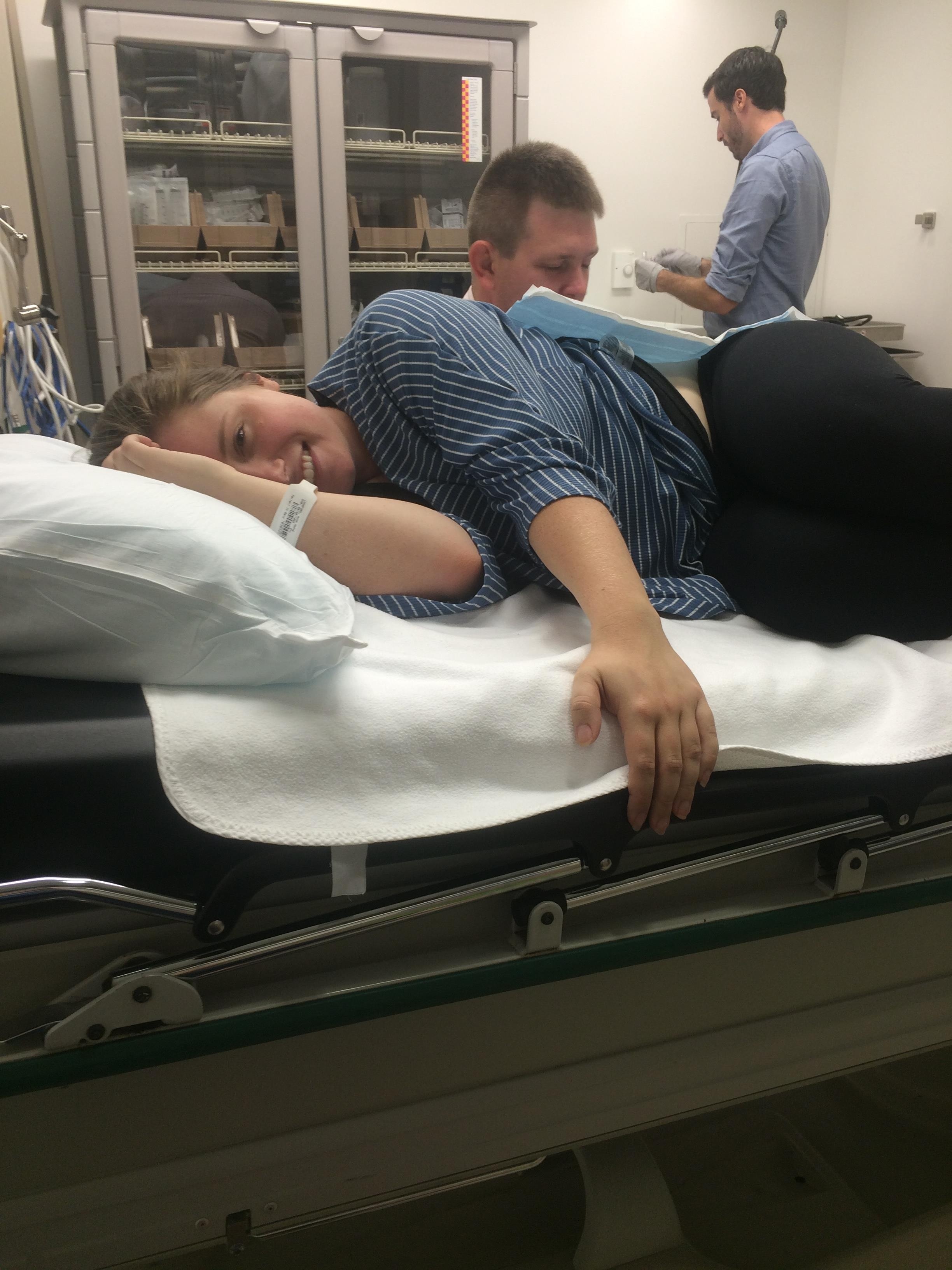 My name is Anna Lunsford and I'm 21 years old. I currently live in Columbus, Ohio but I am originally from Midland, Michigan. Huntington's Disease hit my family first with my grandfather and then with my dad when he was diagnosed shortly after my grandpa passed away. From then on, other aunts and uncles began showing signs which put nearly all of my cousins at-risk. HD wasn't talked about in my family very much and I often felt isolated from both my family and my peers being the only one who wanted to talk about it. I remember doing fundraisers for HD in elementary and middle school and having HD and the struggles of having a single father who was beginning to get sick be the center of school projects and essays all throughout high school. I was desperate for someone to listen to the problems that Huntington's caused in my life and in planning my future. I needed someone to understand what I was going through growing up in an HD home and being the sole carer for the home and my dad.

When I went to college, I was convinced I would end this disease for my family. I began studying Neuroscience at Ohio State and wanted to do all I could to find a cure for the disease that was taking my father from me. The stress and expectations that the program required, combined with being so far from my dad for the first time, led me to make the heartbreaking decision to switch my major to Psychology. I felt like a failure both to myself and my family in giving up my dreams in HD research. I eventually found hope in my second major, Women's, Gender, and Sexuality Studies, but thought I would be disconnected from the HD community forever. That's when I found out about the HD youth camp in DC and decided to sign up. It was at camp that I learned of the strength and empowerment other HD youth can provide and the opportunities to connect with other people affected by HD that the National Youth Alliance could offer for me.

In January 2016, I decided I was going to test for the HD gene. I was about to graduate from college and felt like I needed to know where I was going next. At the age of 20, I contacted the genetics counselor at UVA and booked a hotel in Charlottesville, Virginia so I could test anonymously. My first appointment sessions were the beginning of May and I left for a study abroad experience in Nicaragua three days after my blood draw. When I came back, I turned around and left within a week for Washington DC to advocate for the HD Parity Act and attend my first HDSA National Convention in Baltimore. That was when I truly connected with everyone involved with the NYA and gained the confidence to receive my results the Monday after convention.

When I found out the reality of my gene status, I knew I would be okay with the NYA and the HD community behind me. Hearing the words "You've tested positive for Huntington's" wasn't

scary or shocking to me anymore. I had just come from the most amazing weekend with people who I knew were waiting with anticipation to hear my fate. I was confident that my results wouldn't impact my friendships with these people and it would forever connect me to the strongest and most accepting group of people in the world.

Since then, I've attended multiple NYA retreats, have participated in both Enroll-HD and Predict-HD, will be speaking about my testing experience at the next convention in Chicago, and have recently joined the NYA Board as the Co-Chair of Communications. I couldn't be more honored to be apart of such an amazing group of young people. After searching for this connection my entire life, I know that I've finally found my place in this world with HD, with people who know without saying anything and understand more than anyone else could.

Whether you're confident in your path with HD already or are just learning about the ways this disease affects your life, there is a place for everyone in the NYA. If you need someone to vent to about what this disease has done to you or your family or if you really just need someone to eat tacos with, the people of the NYA honestly and quickly become some of your closest friends. I have only seen or met some of my closest friends in the NYA a few times but the connection we have and the understanding that comes with it is one of the strongest there ever will be. You can be confident in who supports you even if you're not confident in what your life may look like when affected by Huntington's Disease.