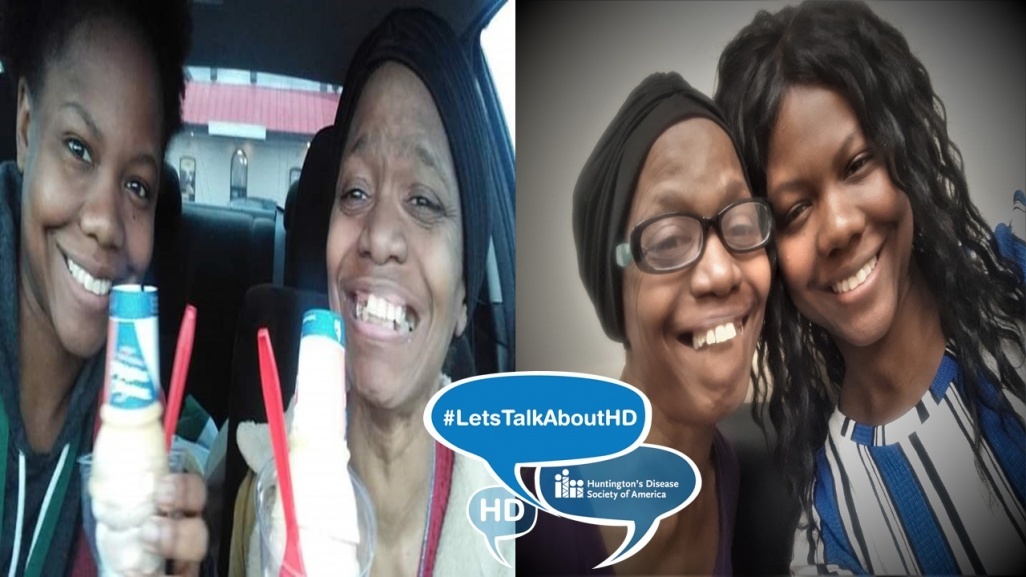 For the past four years, Angela Penn’s life has been an emotional rollercoaster. She has remained silent of how Huntington’s disease (HD) has affected her life.

“I now feel ready to show a face of who it effects and it does not define your life,” said Angela. “I am sharing my story from solely my point of view. This story involves so many people but it's only my place to tell mine.”

In January of 2015, Angela’s mother was diagnosed with HD. Before the diagnosis, she was suffering symptoms from the disease but Angela never understood what was going on with her. The symptoms of Huntington’s disease are described as having ALS, Parkinson’s and Alzheimer’s – simultaneously.

Symptoms include personality changes, mood swings, depression, impaired judgement, involuntary movements, slurred speech, and significant weight loss. This led her mother to see a neurologist that misdiagnosed her for ticks.

Then, an event happened that led her to see a neurologist when she was pulled over by a cop.

“Initially thought she was drunk driving, but recognized by her demeanor as something was medically wrong,” Angela explains. “I was called to meet them at the pull over location and reassure the officer she was going to the doctor. By the grace of God he did not report her incident.”

She would then be tested for HD.

“Most of the time between that to the results, seem like a blur,” said Angela. “I refused to look anything up online on any possibilities of her results until I had the actually in black in white answer. The internet can be a valuable resource, but it's hard sometimes to avoid the garage littered through the sea of the web.”

The family received the results and her mother tested positive for the disease.

“Receiving the result was a hard pill to swallow,” she explains. “That possibility was a sore in my heart and mind but I pushed it to the back of my mind. I knew from the start I wanted to get tested, but my focused was on my mom at the moment.”

Angela would soon learn that each child of a parent with HD has a 50/50 chance of inheriting the faulty gene that causes Huntington’s disease.

However, her main focus was her mother. Angela had a background in special needs care giving and she took control from the beginning. The family did have to learn more about the disease as HDSA was crucial in the learning process.

This led her to Virginia Commonwealth University (VCU). This is one of the 47 HDSA Centers of Excellence that provide an elite team approach to HD care and research. Professionals have extensive experience working with families affected by HD and work together to provide families the best HD care program.

“I took the time to go through the resources to meet with a genetic counselor to educate my sisters and me, attending an HDSA National Convention, and support groups.”

She started to connect with people in the HD Community and forming great relationship with others. However, the dynamics of her home started to change.

“At the time, the whole family lived in the same home. But everyone wanted to continue like nothing changed by working more and avoiding the home. To be honest, they weren't ready to accept it... This had to become our new norm.”

Angela was still in partial denial about her mother but she had to make the tough decisions as someone had to step up. She would take her mother’s license away from her.

“My mom received tickets and hit a mailbox due to her driving,” said Angela. “In fear for her safety and others, the decision was made by me that she could not drive anymore. This was difficult be the one to take away one vital parts of her independence. We fought about it, but it had to be done.”

For the next six to eight months, Angela would work three jobs to pay for medical bills and college along with driving her mother to work and running her errands. She was in process of getting her mother on Medicare and disability.

In 2016, she received the benefits, stopped working, and retired. “It was a great opportunity for her to relax and do what she wanted at last.”

However, Angela was taking a toll from being her primary caregiver.

“I got caregiver burnout,” said Angela. “Mainly because I worked in caregiving and special education in my day jobs plus taking on most of the household duties (cleaning, schedule development, meal prep, etc.), as well. I went to seek help from VCU's genetic counselor. After a few counseling sessions I finally expected support and help from my family. It was not as simple as I hoped but resolution came in due time.”

In March of 2019, Angela decided that it was time to get tested for HD.

“I am beyond blessed to have the support of my boyfriend, the genetic counselor at VCU and 2 of my best friends during the four-five week process.”

She received her results in April. Angela tested negative.

“It was a GIANT weight off my shoulders. I felt refreshed and knew from that day on, this was a new chapter for my life!”

Angela still wants to raise HD awareness as she is figuring out the next steps with her mother as the disease is progressing. She has met a lot of great people in the community and wants a better future for people like her mother.
“The journey of HD is most certainly a rollercoaster of emotions that you must be flexible and adaptable throughout. It will test you. The disease does not define one's life, you define your life. Seek support from people in the HD journey as well and open up to people outside the community to shine perspective in other's lives.”