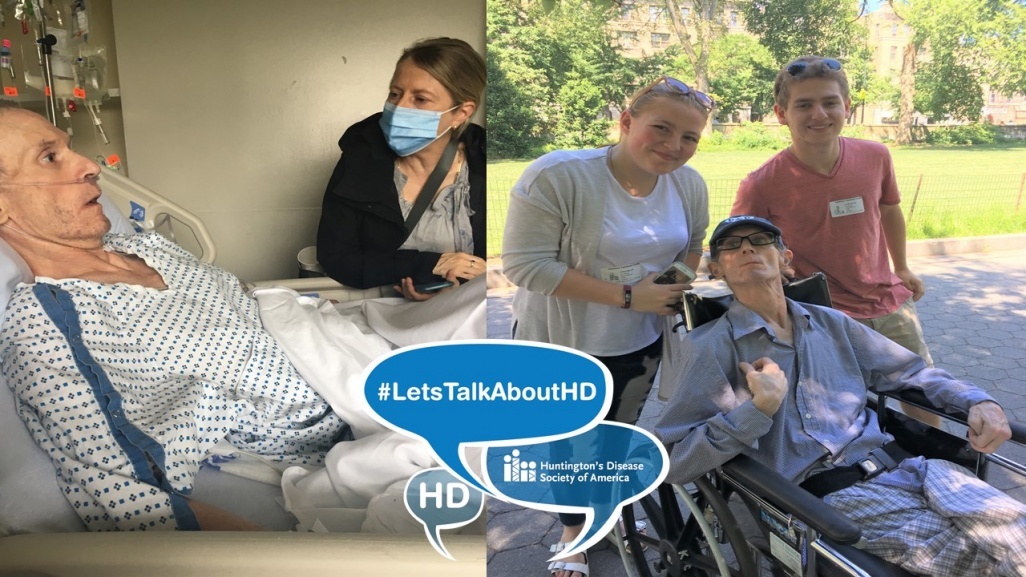 “My heart was in my throat, pounding louder and louder,” said Sarah. “They did their best to explain to me what HD was, but there were still so many unanswered questions rolling around inside my head. The years passed and I slowly started to see the changes in my dad.”

“His speech was slurred, and his balance was off,” said Sarah. “He even fell a few times while I stayed with him on the weekends. He never really cleaned the apartment anymore either.”

Eventually, her father would move to a care home in Rockville, Maryland. This was further away from Sarah as she would try to visit him occasionally. It was hard for Sarah to see him in this condition and in a home.

Sarah was then off to boarding school. After her freshman year, she went to a therapeutic wilderness program. Sarah was isolating herself from others and her family. She was sending inappropriate pictures and self-harming. Sarah cut herself only once.

While Sarah was in the program, she was unable to see her father for a while and then decided to write him a letter.

“I was taking accountability for my actions and mistakes,” said Sarah. “I poured my heart out and told him everything I thought he should know. A week later, I got a letter back saying that I should be thoughtful with my choices and that he loves me no matter what.”

She would then leave the program and go to a therapeutic boarding school in West Virginia. Sarah was settling in and focused on what she had to improve in school. She had weekly phone calls with her mother and the calls always made her feel better.

However, one phone call was different.

Her mother explained to Sarah that her father was moving to a care home in upstate New York and that she can visit him when she is home.

“I felt the tears come to my eyes and I held my face in my hands,” said Sarah. “I could not stop crying. I had never been away from my father and it was not what I wanted.”

Once Sarah saw her father, she noticed how much different he looked.

“I never thought I would cry so much,” Sarah explains. “He had changed so much. His hair was all grey and thinned, he had lost weight, and he was barely able to say a sentence. It may sound harsh, but he was a shell of his former self. He still remembered most things and who we were, but it was scary seeing this man, my father, this way.”

As time passed, her mental health improved. By riding horses, this allowed Sarah to be less stressed and horses always made Sarah feel better.

“Riding has helped me to become social and see that horse feed off of your energy,” said Sarah. “They always know how to make things better and how to make you have a better day.”

Sarah was also talking to more people in the HD Community by going to an HD event as she learned more about the fatal disease.

“I knew no one there and was scared out of my mind,” said Sarah. “I quickly made some friends and we formed our own little group by this picnic bench. We talked and laughed and became close. They became the people I could rely on for just about everything.”

Sarah would soon graduate from her therapeutic boarding school and moved on to a new school. She saw her father every now and then. Her father moved to New York City so he can be closer to his sister as she sees him everyday.
“My father is my whole world and I would do anything for him,” Sarah explains. “Even though HD has changed him, he is still my father and the man who raised me. HD is life-changing and has turned my world around, opening me up to a world of new friends and people who can support me. HD has been the thing that has made my life better, even though it has brought me down at the same time.”