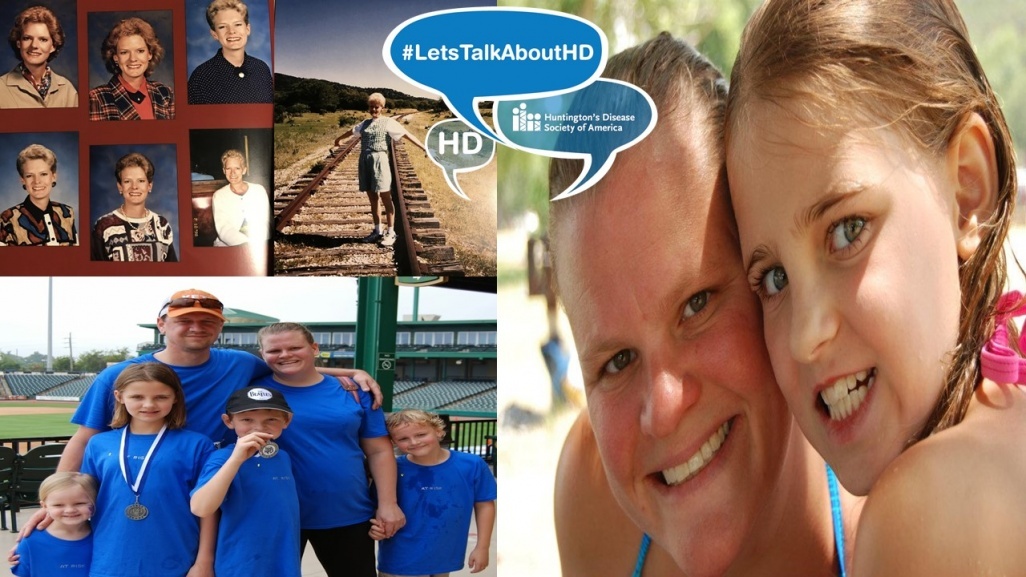 Texas resident Alorah Beers is a typical high school student. Alorah is taking three AP classes, has a part time job, and is occupied with many extracurricular activities to make her resume stand out for college.

However, Alorah has more on her plate then other high school students.

Alorah’s mother is currently battling Huntington’s disease (HD). HD is a fatal genetic disorder that causes the progressive breakdown of nerve cells in the brain. It deteriorates a person’s physical and mental abilities usually during their prime working years and has no cure.

Alorah is one of four children at risk for HD. Each child of a parent with HD has a 50/50 chance of inheriting the faulty gene that causes Huntington’s disease. Today, there are approximately 30,000 symptomatic Americans and more than 200,000 at-risk of inheriting the disease.

“HD has always been in my life,” said Alorah. “It was never news that had to be told to me during a family meeting, or have me find out because we didn’t know what was happening to my mom.”

In the 1990’s, Alorah’s grandmother tested positive for the gene that causes HD. Since the HD gene was recently discovered, there was little information that families could learn about it. All the family knew was that she was sick. Her grandmother had a difficult relationship with Alorah’s mother.

“She was verbally and physically abusive, and my mom was always the one to get blamed for things that no one had control over,” said Alorah. “My mom was often compared to her sister by her mom, asking why she couldn’t be just like her. My mom started drinking when she was sixteen-years-old, and started to rebel as a way of coping. The church had turned my mom away in a time of need, and lost her passion for religion when it turned its back on her.”

Her grandmother was suffering from the symptoms of HD. The symptoms of Huntington’s disease are described as having ALS, Parkinson’s and Alzheimer’s – simultaneously. Symptoms include personality changes, mood swings, impaired judgement, involuntary movements, slurred speech, and significant weight loss.

When Alorah was four-years-old, the family moved to Colorado, away from Alorah’s grandmother in Texas, because her father was offered a new job. For the family, job opportunities were hard to come by because her father didn’t graduate high school and her mother dropped out of college to become a housewife.

After a few years of living in Colorado, her mother finally decided to get tested once Alorah’s younger brother was born.

Alorah’s mother tested positive for the gene that causes HD.

“She was stuck in a reclining chair all day and immobile,” Alorah explains. “Eating soft foods and using a straw for everything. We saw her a lot. I can’t tell if it was everyday, every few days, or once a week. I remember she loved me and my siblings more than anything in the whole world. She loved having her makeup done, and loved jewelry. She loved Christmas, and getting gifts because at this point, it was only the really little things she had left.”

In 2010, on Christmas Eve, her grandmother passed away due to complications from HD.

“Recently it’s been hard, as I feel like I got someone ripped away from me that I never really got to have,” Alorah explains. “My mom had only a few years to rebuild a relationship with her mom, and I was the connection that put them back together. Finding out my mom was pregnant, got my grandmother so excited, things only got better after that.”

Years later, her grandfather and mother were cleaning out the family home. They found a box of full old letters and in there was a note on one of the hotel paper pads. The note was from when she spent a night in a motel after she was angry and abusive to the family. She wrote this note in 1997.

Now, Alorah’s mother is in the same battle. For two decades, she had a drinking problem. She has been sober for the last two years after going to rehab. Her mother has been having trouble with her balance and has been falling a lot.

“Recently, my mom has also forgotten a lot,” said Alorah. “It’s almost every day she will say something that she had told me all about just the day before. Repeated with just as much enthusiasm as before. That’s the scariest. When she forgets telling me something, or forgets that I told her something.”

She continues: “I had asked my mom to schedule a doctor’s appointment, and had to ask so many times,” Alorah explains. “I don’t know if that’s just her forgetting things easily or actual symptoms. I ended up asking my dad, who just responded with ‘ask mom’, and it broke my heart to say I already had, but she’d forgotten so many times now, and that I really needed him to do that for me.”

Alorah has found common allies in the HD Community through different HD events. She has found teens her age that know what she is going through and considers them an emotional outlet.

“I could finally hear ‘I understand’ without it being empathy, but ACTUAL experience,” Alorah explains. “There has never been anything in my life so comforting and welcoming than everyone I grew to know. Getting to meet so many more kids going through the exact same thing. We all still talk often and have been really good at staying in touch. I learned so much, and left feeling way better than I had felt in months.”

Right now, Alorah’s main concern is her mother. Alorah wants to make sure that her mother is taking care of her health and that she is finding joy in the little things.
“There is already a lot in my life that is very difficult, and I will never stop academically pushing myself,” said Alorah. “I know we all are very active and supportive of our youth community, but I want to further reiterate that I'm still a kid, and I can't live my life as a normal kid. I can't get mad at my mom over silly things like not being able to go out, because I can't take a single moment with her for granted. This is something that none of my friends in my life could ever understand, and that is a really hard thing to do in my life.”