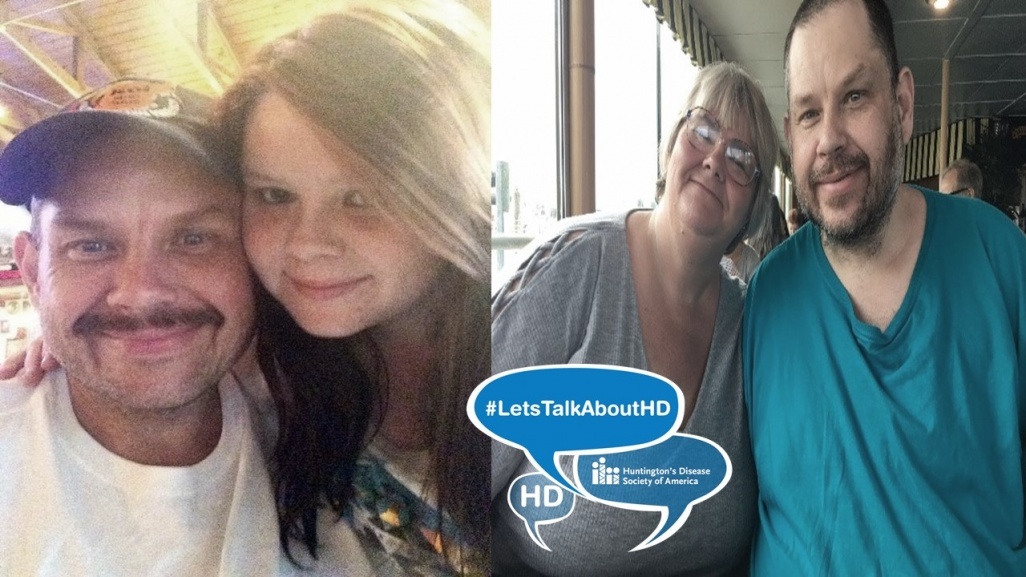 They found that Bobbie’s great grandfather had Huntington’s disease (HD). This is a fatal genetic disorder that causes the progressive breakdown of nerve cells in the brain. It usually deteriorates a person’s physical and mental abilities during their prime working years and has no cure.

“My grandfather passed away quite young, therefore he did not develop any symptoms and nobody in our family really spoke about the disease so we had no clue about HD, this was our first time hearing about it and its involvement in our family,” Bobbie explains.

As her father was developing symptoms of the disease, it became clear that her grandfather was a carrier of the HD gene. Each child of a parent with HD has a 50/50 chance of inheriting the faulty gene that causes Huntington’s disease.

“It was a blessing to learn about and be aware of but also a curse,” said Bobbie. “Watching my dad deteriorate for the past six years has been hard.”

Before he was diagnosed with HD, he was a volunteer firefighter and the main provider for the family. He loved working on cars, hunting, and fishing. According to Bobbie, they would go camping every year as a family where they brought a lot of friends and shared many good memories. He also enjoyed building bonfires and watching NASCAR.

Now, he loves watching his cooking shows, Family Feud, or drinking his coffee. However, his main focus is his wife, the main caretaker.

“She does so much for him... I couldn’t even begin to say how much she has helped him through and still continues to help him on top of everything else she has to do daily,” Bobbie explains. “Even with him being sick, he always makes sure to tell her how beautiful she is or how much he loves her. It’s adorable. I’m glad my parents have each other and that they love each other unconditionally. Not many people are lucky enough.”

In November of 2017, Bobbie was tired of waiting and wanted to get tested for the disease. Each year, 5-10% of at risk patients are tested. Today, there are approximately 30,000 symptomatic Americans and more than 200,000 at-risk of inheriting the disease.

For the previous four years, she didn’t know if she wanted to find out about her diagnosis now or wait like her father did. She made her decision after realizing that she has her family by her side throughout the entire process.

That next month, she tested positive.

“It depends what kind of day I'm having as to if I'm happy to have that knowledge or not,” said Bobbie. “It can be pretty overwhelming at times but having a loving and supportive family helps take away all of my fears and knowing that I will always have them there for me when I need them is what matters most to me and keeps me positive about it. FAMILY IS EVERYTHING.”

Bobbie knows that she is not alone in this fight. She attends monthly support group meetings and has considered them her HD family. She also goes to local HDSA Team Hope Walks with HDSA’s Ohio Valley Chapter as she resides in Northern Kentucky.
“I am so happy to know each and every one of them along with their own stories dealing with HD and just knowing that my family is not alone with this,” said Bobbie. “You may feel alone at times or even hopeless sometimes and that’s normal, but that's when you have to actually look around you and reach out to the HD community and realize you're never alone. There’s so much hope within our community it's inspiring. We're all working together to discover a cure.”