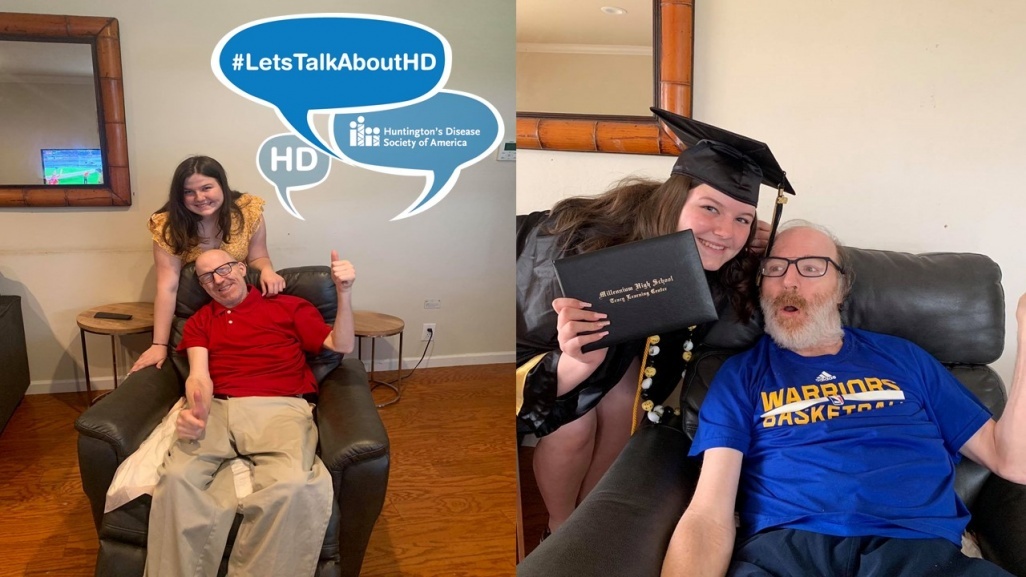 Kendall Harrington will be attending the University of California, Berkeley in the fall of 2019. It is an amazing accomplishment for someone that has been through a lot in her young life.

When she was born, her grandmother passed away due to complications from Huntington’s disease (HD). This is a fatal genetic disorder that causes the progressive breakdown of nerve cells in the brain. It deteriorates a person’s physical and mental abilities usually during their prime working years and has no cure.

Her grandmother’s brother also had the disease. When Kendall was about two years old, her parents got divorced. Five years later, her father’s health was declining. Each child of a parent with HD has a 50/50 chance of inheriting the faulty gene that causes Huntington’s disease.

“As time went on, his health was steadily declining, but not very rapidly. The chorea did become an issue, and he started having some memory loss. He would start throwing temper tantrums in public, and people would stare. It was getting harder for him to walk, and his speech became an issue.”

For the past few years, she has had to watch her father’s health steadily decline as he is now in the late stages of HD.

“He still lives in an apartment with twenty-four hour caregivers,” said Kendall. “It is very hard for him to walk, even if it’s just a couple feet, because his muscles seem to lock up. He can barely chew food anymore, even if it is cut up super tiny. When I talk to him, he cannot comprehend what I am saying, and cannot respond.”

Graduating high school is a great accomplishment. It should be the happiest day of your life but Kendall had a different experience. Her father was unable to attend the graduation ceremony and it hit her pretty hard. Kendall knew that her father was there in spirit and he would be proud of her.

Through the dark times, Kendall has found a great support system from the HD Community that knows what she is going through.

“Although HD is a horrible disease, it has given me a group of new family members, a support system, a sense of community, and so much more,” said Kendall. “I’ve gained more than what has been taken from me.”

When she gets older, Kendall wants to be tested for HD. There are some people that see no benefit in knowing while others want to know so they can make informed choices about their future. There is no “right” answer as the decision is intensely personal. Each year, 5-10% get tested.
Kendall has a message for the HD Community:

“Someone will always be there for you; even if it does not feel like it. My message is to reach out for help when you need it, because people are ALWAYS there to listen.”