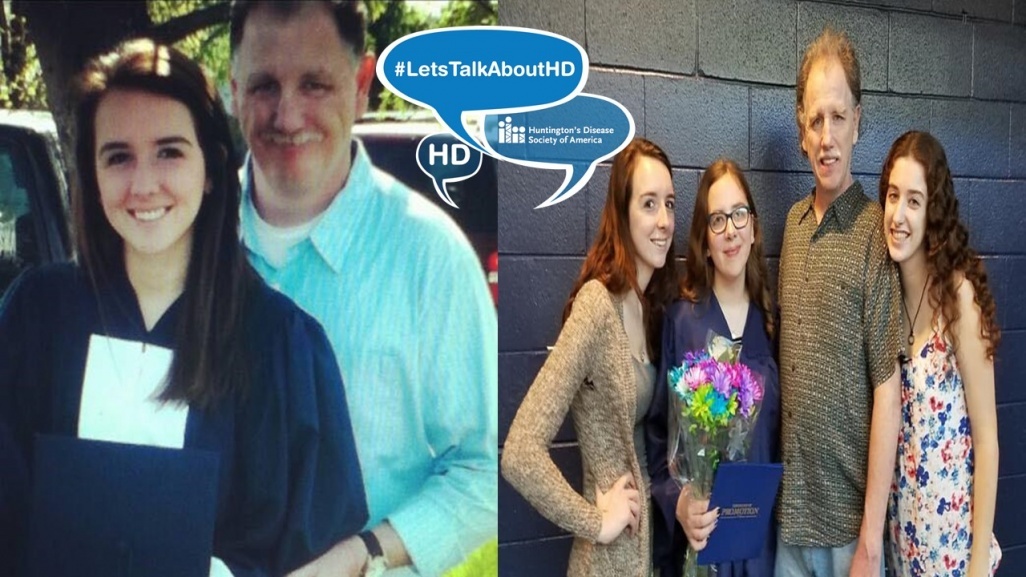 Illinois resident Kirsten Sandmire is a twenty-three-year-old mother. She worries about her son’s future when it comes to Huntington’s disease (HD).

Kirsten was only twelve-years-old when her father was diagnosed with the gene that causes HD. According to Kirsten, neurologists told her father that he most likely has had symptoms of the disease years prior and he just did not know. Before she was born, a few of Kirsten’s relatives passed away due to complications from HD.

“As a police officer, his diagnosis affected his job and insurance, hence his choice to not get tested until symptoms showed because there is not a cure yet that could have prevented it,” said Kirsten.

Kirsten and her two sisters are the primary caregivers for their father.

“My dad worked for another six years before being placed on light-duty and then disability the same year,” said Kirsten. “He is now fifty-years-old and is in late stage HD.”

The three siblings are at risk for inheriting HD. Each child of a parent with HD has a 50/50 chance of inheriting the faulty gene that causes Huntington’s disease. Today, there are approximately 41,000 symptomatic Americans and more than 200,000 at-risk of inheriting the disease.

However, they have decided not to be tested at this time.

“If we test positive, then insurance will be difficult/expensive to obtain in our futures and there is no current cure to prevent the disease,” said Kirsten. “At this time, we will choose to live without fear of the future until we do or do not show symptoms.”

Kirsten has a message for the HD Community about health and fitness:

“Staying active and fueling your body with superfoods are the most important thing you can do whether you are gene positive, 50/50, or even negative. From watching and taking care of my dad, I’ve seen how quickly your body will deteriorate if you do not stay active/fit and fuel it with necessary nutrients.”

“My advice is to stay on an active routine and keep up with your nutrition no matter how much work it is because that is what is going to improve the quality and longevity of your life with or without the HD gene. My plan is to help people, HD positive or not live their best healthiest life as long as they can.”