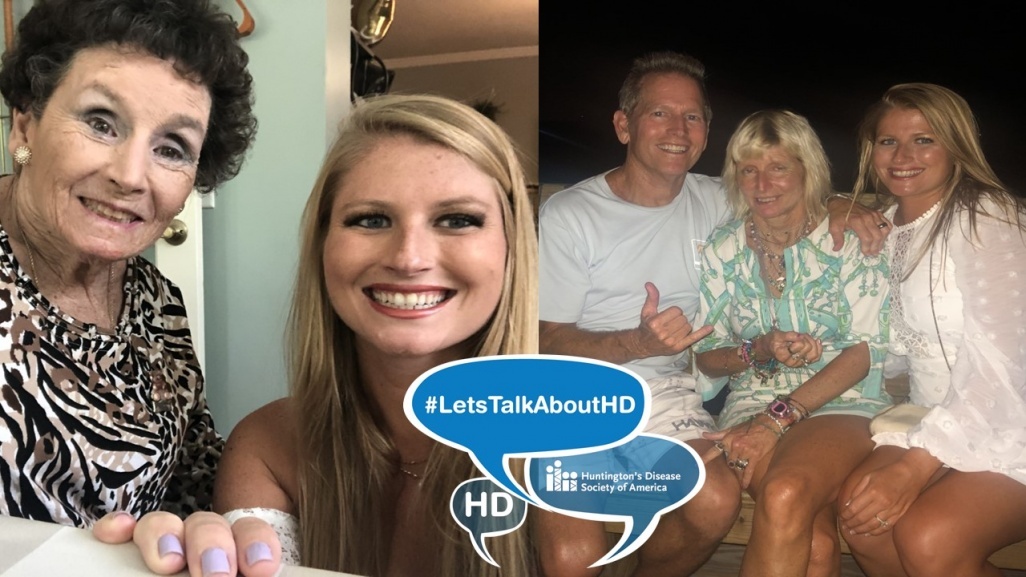 Florida resident Shelby Williams is a former reporter for WFXL Fox 31 in Albany, Georgia. She has also made several appearances on different news and radio stations in Florida.

“Since I was in high school, I had a passion for writing,” Shelby explains. “I could organize my thoughts, experiences, and create a story about them. At a young age, I discovered that mixing that with my passion for sports tied really well together and I pursued my lifelong dream of becoming a sports reporter. Although I am now back in the hunt for a job, I am sure the ball will come right back into my court.”

Shelby has covered a wide range of news topics but now she is on the other side of the coin.

She is at risk of inheriting Huntington’s disease (HD). This is a fatal genetic disorder that causes the progressive breakdown of nerve cells in the brain. It deteriorates a person’s physical and mental abilities usually during their prime working years and has no cure. Every child of a parent with HD has a 50/50 chance of inheriting the faulty gene that causes HD.

Her nana was diagnosed with HD later in life. “My nana lived a completely normal life and didn't get tested until she was 55-years-old,” said Shelby. “She showed no signs until her mid- 60s. We were all so grateful!”

At 20-years-old, Shelby’s mother married Shelby’s father. According to Shelby, her mother lived as if she had nothing to worry about. However, after Shelby was born, they learned of nana’s diagnosis. “They chose to only have one child to avoid passing any genes down,” Shelby explains. “I have always thought in another life I'd have at least two other siblings. I definitely missed out on that growing up. Being an only child was kind of weird. I lived my life as a normal kid with no idea knowing what HD was.”

“When I was a senior in high school, I got a disability check in the mail,” said Shelby. “I thought, wow this must be some mistake. Why is the government giving me all this money? My parents later explained that my mom had tested positive. It really hit me in the face at that moment, and I will never forget the day that profoundly changed my life. What about my future? What about my career? What if I wanted to have kids one day? No guy will want to marry me with this! All these thoughts going through the mind of a 17-year-old. In that moment, I felt like I was the one holding everybody in my family up, while I was getting crushed at the bottom.”

Shelby would not only see symptoms in her nana but in her mother as well.

“HD is not pretty, and I've only learned that to be truer as I (and my mom and nana) get older,” Shelby explains. “Seeing her lose her speech, balance, and ability to think on her own was horrible. There are no words to describe to see your mother go through those things and she is still so young. One way I got through this was trusting God and changing my mindset.”

Even though she has HD, her mother continues to surf and paddle board. Shelby continues to focus on the positive traits of her as she does not let HD define who she is. “She is somehow better balancing on the board then she is trying to walk,” said Shelby. “She is my inspiration every day. Her ability to go to the beach and surf and swim in the water truly calms her. I find reassurance in that too. For now, I will continue to help her down to the beach as often as I can so she can keep riding this "wave of life" no matter where it takes her. Only now, unlike before, I am telling myself there is a light at the end of the barrel.”

As for Shelby, at this moment, she has decided not to get tested for HD. The decision to get genetically tested is difficult to make. Each year, 5-10% are tested. It is never the right or wrong decision to be tested. There are people that see no benefit in knowing that they will develop the disease while others want to know in order to make informed choices about their future. It can take up to several weeks to receive your results from the genetic testing center.

“I just got married to the most amazing person who's along for the ride-whatever that may be for me,” Shelby explains. “I am choosing not to get tested until we want to have children, if at all. I am choosing to enjoy my early 20's and travel the world with the person I love. I refuse to let a potential diagnosis run my life.”

Her family continues to support the HD Community as they go to the annual Jacksonville Team Hope Walk. Team Hope is HDSA’s largest national grassroots fundraising event. Thousands of families, friends, co-workers, neighbors, and communities walk together each year to support HDSA's fight to improve the lives of people affected by HD and their families. “We attend the walk annually with my mom's amazing neighbors who support her unconditionally,” said Shelby. “I also held a fundraiser at Chick-fil-A in Georgia for HD and met some great potential gene carriers.”

Shelby has a message for the HD Community:

“Be slow to anger and easy to love your family with HD. I learned that the hard way and must pray for strength to do so. But God will never leave us behind when it comes to what we need.”