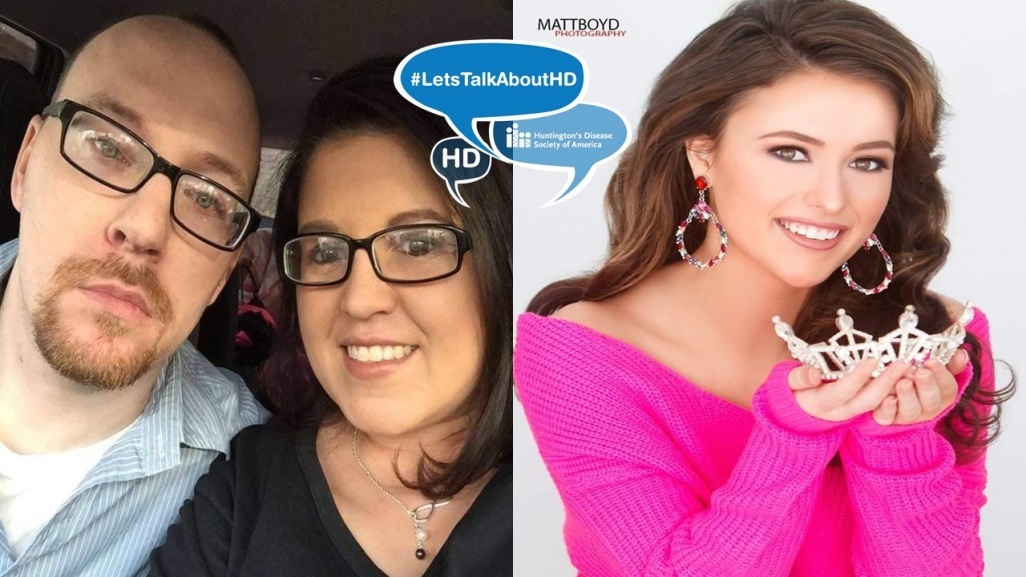 Nettleton, Mississippi 16-year-old resident Madalynn Minica is not at risk for Huntington’s disease (HD). However, she has connection with someone that does. Her stepfather, Timothy, has tested positive for the gene that causes HD.

Growing up, Madalynn’s mother, Ashley, grew up in the same town as Timothy but never really talked to one another. From 2001-2005, Ashley was in the Air Force and moved away. Ashley’s sister was close to Timothy and his ex-wife’s family as they went to the same church.

In 2006, after going through a divorce, Ashley and Madalynn moved back to Mississippi. Three years later, her sister introduced Ashley to Timothy. She knew early about his chances of inheriting HD. Every child of a parent with HD has a 50/50 chance of inheriting the faulty gene that causes Huntington’s disease.

Timothy’s mother passed away from HD as well as his uncle Ricky. His sister passed away in a car accident and his brother Jason is currently in a nursing home in Miami. In his early twenties, he went to the University of Alabama, Birmingham (UAB), one of the 50 HDSA Centers of Excellence that provide an elite team approach to HD care and research. Professionals have extensive experience working with families affected by HD and work together to provide families the best HD care program.

He wanted to have a genetic test but decided against it because he wanted to live his life.

The decision to be genetically tested is difficult to make. Each year, 5-10% are tested. It is never the right or wrong decision to be tested. There are people that see no benefit in knowing that they will develop the disease while others want to know in order to make informed choices about their future. It can take up to several weeks to receive your results from the genetic testing center.

“I always knew there was a chance he could get sick but that did not matter to me,” Ashley explains. “Timothy did not have children because he did not want to risk passing on the disease. He has been an amazing father to Madalynn.”

“At the time, we just felt he was clumsy,” Ashley explains. “We were just in major denial because we thought the disease would skip him.”

In 2014, his stepmother had a fast-growing brain cancer that caused her to have a stroke a few days later. The stress of the diagnosis resulted in Timothy to display mood swings. Madalynn noticed that he wanted to be alone more and was more annoyed. The mood swings led Timothy to go back to UAB for a genetic test. One year later, he was officially diagnosed with HD before having the test done.

As a caregiver, she always wants to remain calm for Timothy. However, on the inside, there are times where the caregiver role can be stressful for a 16-year-old. According to Madalynn, it is heart breaking to watch what Timothy is going through.

Madalynn has gone to therapy, which has allowed her to open up about what her family is going through. She considered the sessions helpful, as it has allowed her to not hold feelings inside and let them out more. It reminded her to stay positive especially in her caregiver role. She has spent many hours talking to others about HD as well as her experience as a caregiver.

Since she was 4-years-old, Madalynn has been a beauty contestant and is currently Miss Midtown Pointe's Outstanding Teen. She wants to be a role model for young girls and always stay positive. In addition to talking about her caregiver role, Madalynn started a fundraiser for prepackaged snack foods that delivers to hospitals, nursing homes, and medical clinics. She has sent more than ten caregiving packages to young caregivers of all diseases in the Mississippi area, which includes snacks, journals, stress balls, and coloring books. Madalynn has a message for the HD Community:

“Stay positive and strong. This is such a negative disease and we need to stick together.”