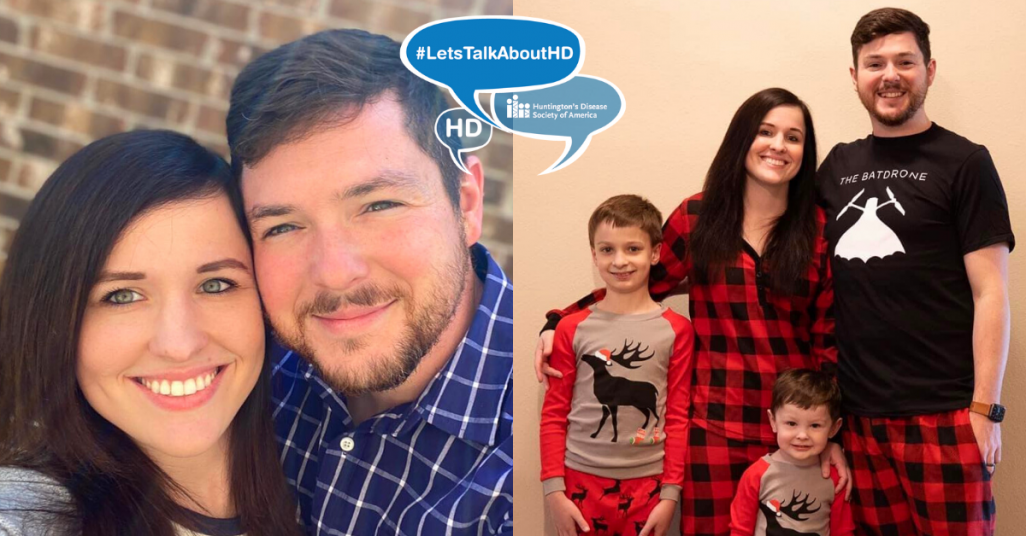 As a child, Texas resident Brian Smith did not know his grandmother that well, but he noticed a lot about her. According to Brian, his grandmother had trouble talking, developed behavioral issues, involuntary movements, and cognitive issues. The family did not know what was going on as Brian’s grandfather noticed the symptoms as well.

In the 1990’s, Brian’s grandmother was placed in a nursing home. Brian’s mother's sister-in-law, nursing home patient advocate, noticed the symptoms of Brian’s grandmother were similar to Huntington’s disease (HD), fatal genetic disorder that causes the progressive breakdown of nerve cells in the brain, as she has had patients with the disease also. It deteriorates a person’s physical and mental abilities during their prime working years and has no cure. She was later diagnosed with HD. Brian’s grandmother had four children that were now at risk. Every child of a parent with HD has a 50/50 chance of inheriting the faulty gene.

Brian’s uncle and aunt decided to get tested together. The decision to get genetically tested is difficult to make. Each year, 5-10% are tested. It is never the right or wrong decision to be tested. There are people that see no benefit in knowing that they will develop the disease while others want to know in order to make informed choices about their future. It can take up to several weeks to receive your results from the genetic testing center.

They both tested positive as their children were now at risk. According to Brian, his uncle developed symptoms in his 40’s which included involuntary movements and mood swings.

Before becoming symptomatic, Brian’s aunt was a paralegal. However, as her symptoms worsen, she was unable to continue her profession. When Brian was younger, his aunt was a substitute teacher for one of his classes. The students did not know that they were related. In the class, she was developing twitches and the students would make fun of her. At the time, Brian was embarrassed to tell anyone that they were related.

His uncle and aunt would later pass away at their home as they would be the only ones out of the four siblings to be tested for HD.

In the 1990’s, as she learned more about her own mother having HD, Brian’s mother discussed getting tested with a doctor because she was worried about developing symptoms. However, she was told to not get tested if you do not have symptoms because of insurance. At the time, Affordable Care Act (ACA) was not enacted. Now, health insurance is more affordable and available to more people. Today, Brian’s mother has no HD symptoms. In 2016, Brian would meet Holli. Early in the relationship, Brian explained to Holli what HD was and the risk. In fact, Holly goes to nursing school and did a project about HD in college. As she learned more about HD, Holli was relieved that Brian’s mother did not have symptoms. In that same year, the couple would get married and later have two children.

Brian wants to do more in his community with HD awareness
and wants to show people that nobody is alone in the fight.

Holli was motivated to do more as HD impacts an
entire family and wants to fight HD alongside her family.

“HD is fascinating from a medical perspective but heartbreaking first hand.
We consider ourselves survivors. We need to advocate and spread awareness.”