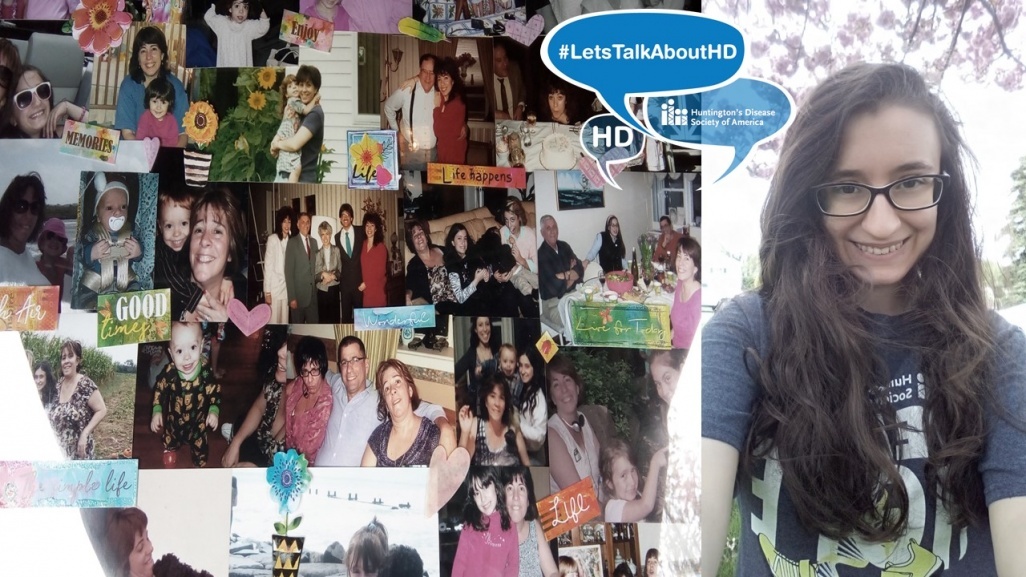 Shortly after she was born, Sarina Smith’s grandmother passed away due to complications from Huntington’s disease (HD). This is a fatal genetic disorder that causes the progressive breakdown of nerve cells in the brain. It deteriorates a person’s physical and mental abilities usually during their prime working years and has no cure.

When Sarina was between five and six-years-old, her mother was diagnosed with HD as each child of a parent with HD has a 50/50 chance of inheriting the faulty gene that causes Huntington’s disease. The symptoms of Huntington’s disease are described as having ALS, Parkinson’s and Alzheimer’s – simultaneously.

“My aunt was also later diagnosed with the illness,” Sarina explains. “As a child, I had always been surrounded by the HD community, but I didn't really know what it was or what HD actually was.”

Her mother’s symptoms would worsen over time. When Sarina was in middle school, her mother was having difficulty balancing and walking. Her mother was also having delusions. This is when Sarina learned more about HD.

“In middle school, I took biology and began to have a clearer picture of what caused HD and how it affected the mind and body,” Sarina explains. “I began to do more research and keep up-to-date on the latest breakthroughs. I became really fascinated by the inner workings of the mind and body. Although I had known for a long time that I was at-risk for HD, that fact didn't really hit me until I began to learn more about HD and genetics.”

During this time, she learned more about the HD Community. Sarina started to volunteer at HDSA’s Team Hope Walks. The Team Hope Walk Program is HDSA’s signature grassroots fundraising campaign designed to provide hope and support for those touched by this devastating disease.

“Before, I had never really known another young person who was going through a similar experience because most of the people I was able to meet in the HD community were adults.”

Sarina also learned more about the National Youth Alliance (NYA). For the past few years, the NYA is a collection of children, teens, and young adults from across the country that motivates young people to get involved in their local HDSA Chapters, Affiliates, and Support Groups. NYA has helped Sarina connect with more people her age in the HD community.

“I was amazed by how many people my age could relate to me on a deeper level and understand my experiences,” said Sarina. “I no longer felt alone. I was able to stay connected with my new friends, and I found Facebook groups in which we could share our stories, offer advice, and provide support.”

Once Sarina was in high school, her mother entered an assisted living facility and was then in a nursing home. Sarina always visits her mother as she brings her favorite sweets and Toby, their poodle who licks her face.

“She had gradually lost the ability to speak and walk,” Sarina explains. “However, she was still very determined to walk and had frequent falls as a result. I will always admire my mom's determination and stubbornness. She loves when I bring her favorite sweets and Toby, our beloved miniature poodle who licks her entire face. I know that my mom will never give up fighting.”

While in high school, Sarina became more involved with the NYA as she became the regional lead for the Mid-Atlantic Region. Last year, she attended her first HDSA National Convention. She would learn more about HD and meet inspiring people. This helped her as she was grieving the loss of her aunt due to complications from HD.

As Sarina begins next chapter of her young adult life, she has a message for the HD Community:

“It is important to stay positive in the face of HD and know that you always have the HD community by your side. The HD community has changed my life by providing me with so much love and support. I will forever be grateful for discovering the HD community and becoming a part of it.”