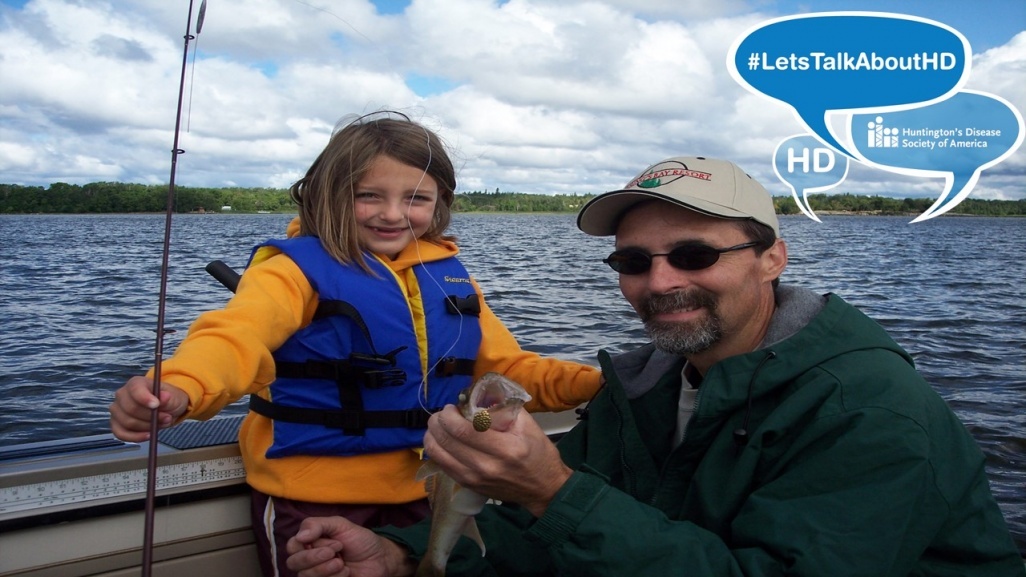 At a young age, it can be hard to see your father slowly fading away and you can’t do anything about it. This is what 21 year old Megan Osowski from Grafton, North Dakota went through.

She was only nine years when she found out that her father was diagnosed with Huntington’s disease (HD). This is a fatal genetic disorder that causes the progressive breakdown of nerve cells in the brain. It deteriorates a person’s physical and mental abilities during their prime working years and has no cure.

“Being there was no family history of HD, there was a lot to adjust to,” Megan explains. “This changes a person in so many ways: mentally, physically, and emotionally. It was difficult to watch the man I knew and loved completely lose his independence."

Two years later, her father was moved to a full-time nursing facility. Megan knew that she would not have the same memories as other people would have with their father. One of the few memories she would have was going to see him in a nursing home.

“On weekends for the next 4 years, my mom and I would drive over two hours to visit him,” said Megan. “Seeing him deteriorate made me feel so helpless. We were no longer able to talk about the things we used to do together. HD took a lot from us. Huntington's took a father, a husband, a brother, an uncle, and a son.”

Her father would never see her get married or see her in a high school prom dress. In May of 2013, he passed away and Megan was only a freshman in high school.

With her father’s history of HD, Megan wanted to make a difference in the community. She wanted to show people that they are not alone in this battle. Everybody has a voice and we just need to use it. Megan has used that voice.

“Through the grief and sorrow of the loss of my dad, I've been able to find passions of mine that helped me choose a career,” Megan explains. “I have met so many other young people affected by Huntington's that have grown into friendships. Some good has come from this horrible disease.”

Megan has assisted at events for HDSA’s Northern Plains Chapter. She has helped at information booths for HDSA’s National Youth Alliance (NYA). This is a collection of children, teens, and young adults from across the country that motivates young people to get involved in their local HDSA Chapters, Affiliates, and Support Groups.

“I've held information booths about the NYA and how they connect youth across the country also affected by Huntington's disease,” said Megan. “I'm also a regional lead for the NYA and met so many people by getting involved with the youth organization!”

Currently, Megan is attending college at the University of North Dakota. She is studying Communication Sciences and Disorders (pre-speech-language pathology). Megan will graduate in the spring of 2020. As Megan takes the next steps in her life, she will never forget her father as she continues to make a difference in the HD community.

“My message to the Huntington's community is to see the good,” Megan explains. “Find the good in your situation and grow with it. There are so many reasons in life to be full of sorrow and anguish, but finding the grace in them will make it so much more bearable.”