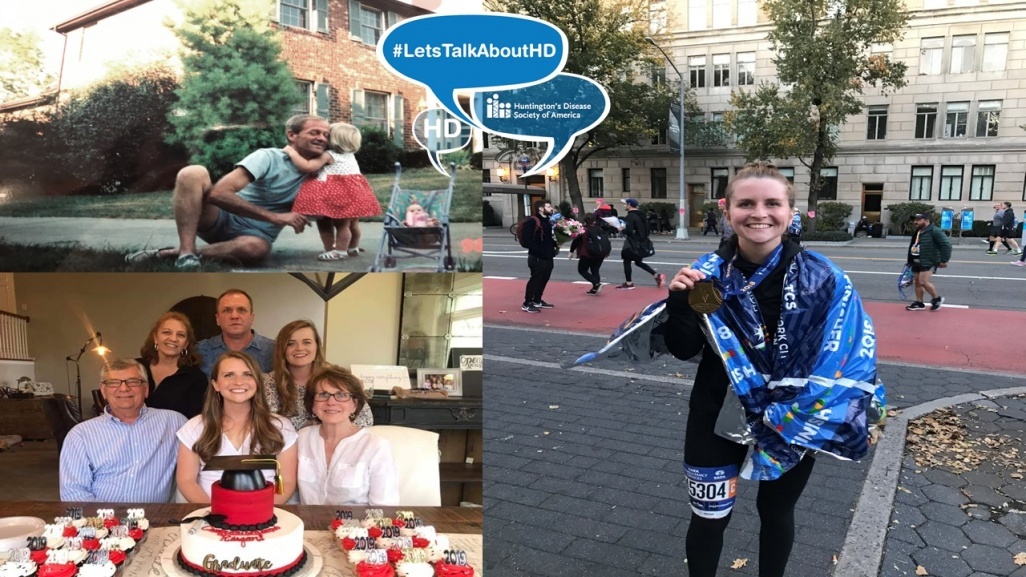 Twenty-two-year-old Raegan Heitzenrater resides in Columbus, Ohio. When she was growing up, she lived on the opposite side of the country from her father and grandfather.

“My dad loves hunting, fishing, cars, and a good diner,” said Raegan. “He is one of the toughest, most resilient people I know. He is also one of the smartest people I’ve encountered - you’ll never walk away from a conversation without learning something. I am proud to share an obnoxiously long last name.”

At a young age, her parents got divorced. Her mother later remarried and moved with her to Nevada. She rarely talked to her grandfather but noticed there was something off with him.

“When I did see him or speak to him on the phone, he always seemed kind of quirky,” said Raegan. “He lived on a farm by himself and often sounded drunk when he would call.”

Her grandfather’s behavior started to become erratic. Her aunt and uncle would then move in to take care of Raegan’s grandfather. The family finally found the answer to his behavior: Huntington’s disease (HD).

HD is a fatal genetic disorder that causes the progressive breakdown of nerve cells in the brain. It deteriorates a person’s physical and mental abilities usually during their prime working years and has no cure. The symptoms of Huntington’s disease are described as having ALS, Parkinson’s and Alzheimer’s – simultaneously.

Once Raegan’s grandfather was diagnosed, her father and uncle decided to be tested for the disease. Each child of a parent with HD has a 50/50 chance of inheriting the faulty gene that causes Huntington’s disease.

Her father and uncle tested positive for the gene that causes HD. In 2017, Raegan’s grandfather passed away due to complications from HD.

“My dad struggled to determine the proper time to tell my older sister and I of the diagnosis and our at risk status,” Raegan explains. “Then, news emerged that my sister and brother-in-law were planning to grow their family. My parents wanted to ensure that we were aware of our at risk status before we decided to have children, so they sat us down and informed us.”

At the age of eighteen-years-old, Raegan came home from college for Christmas and learned more about HD.

“I felt like my world collapsed beneath me,” said Raegan. “I had just started college, I was so excited and optimistic about the future. Now, all I could think about was the fact that I may have this disease. In hindsight, that “may” is a lot more powerful than I allowed it to be. Unfortunately, at first, I convinced myself that I had HD and wanted an immediate confirmation.”

However, Raegan decided against genetic testing at a young age.

“Thankfully, the testing process is not super quick,” Raegan explains. “As I went through the process, I quickly began to realize that testing may not be the best decision at this point in my life. “I decided not to follow through with being tested and attempt to return my focus to finishing school.”

As Raegan was trying to focus on college, the idea with one day of possibly having HD was not leaving her mind.

“I buried myself in isolation,” Raegan explains. “I was flooded with anxiety as I felt no one could understand what I was going through. I prohibited people from extending sympathy and scoffed at people’s attempts to empathize. I became cold, closed off, and distant. Everything seemed meaningless and I struggled to find motivation in school, or in life.”

Then, her feelings would soon change.

She went to lunch with a friend that she has not seen for a long time. She mentioned that her father was diagnosed with the gene that causes HD. Her friend then told her that she was not alone. Her friend knew someone from her home in Cincinnati that was going through the same situation. Her name was Mikayla Hounchell.

“Up until that point, I had spent an entire year believing that HD was so rare that I would never meet anyone who knew about the disease, let alone someone else at risk,” said Raegan. “As I chatted with Mikayla, I immediately felt understood and validated in my feelings.”

Raegan would then learn more about HDSA’s National Youth Alliance (NYA). For several years, the NYA is a collection of children, teens, and young adults from across the country that motivates young people to get involved in their local HDSA Chapters, Affiliates, and Support Groups.

“I attended an NYA retreat in New Orleans and I met so many wonderful people,” said Raegan. “I began to experience joy and hope. Joy from being surrounded by people, who in the face of a terrible disease, are actively living their lives, loving others, and aspiring towards finding a cure. And hope that a cure is in the near future.”

When she returned home from the NYA retreat, she had the reassurance that she is not alone. According to Raegan, she has an incredible support system but deals with anxiety. She experiences the most anxiety when it comes to dating.

“People are often surprised when I say this, but I have a difficult time with the idea of starting a relationship with someone, because I am unsure of when to tell them about Huntington’s and how that will affect our relationship,” said Raegan. “It’s odd to be approaching the age when everyone is dating, getting engaged, and beginning families.”

“I find that I spend a lot more time by myself, or with a few close friends,” Raegan explains. “I enjoy being by myself most of the time, but I wonder if that is a subconscious way that I attempt to protect others. Maybe, deep down, I fear that I will hurt too many people or cause them pain, one day, if I allow them to be too close. Or, maybe, I protect myself by not allowing people the opportunity to walk away if things get hard.”

Over a year ago, Raegan thought the best way to deal with her anxiety is becoming more vocal and make the most of today. She used running to accomplish this and spread HD awareness in the process. Running has helped her develop a newfound confidence. In 2018, she ran the New York City Marathon. In 2019, she ran the Chicago Marathon.

“HD is a factor in my daily life and it will never go away,” Raegan explains. “I have learned that, no matter what, I will always be affected by HD and I must navigate how I will let that affect me. I do my best to let HD be the thing that pushes me to do things today, not wait until tomorrow.”

Raegan has graduated from Ohio State University. She has started her career as a Data Analyst at Lyntek Medical Technologies. Starting in the spring of 2020, Raegan plans on going back to college for her Master’s degree.
Raegan has a message for the HD Community:

“All in all, HD can be incredibly isolating, but you are not alone. Let it be the wind beneath your sail to carry you in new directions, to achieve your bucket list items, and to never take a moment with family for granted. There are people that care about you, love you, and want to be there for you. Let them in. You are loved. You are strong. You are resilient. And together, we are far stronger than HD.”