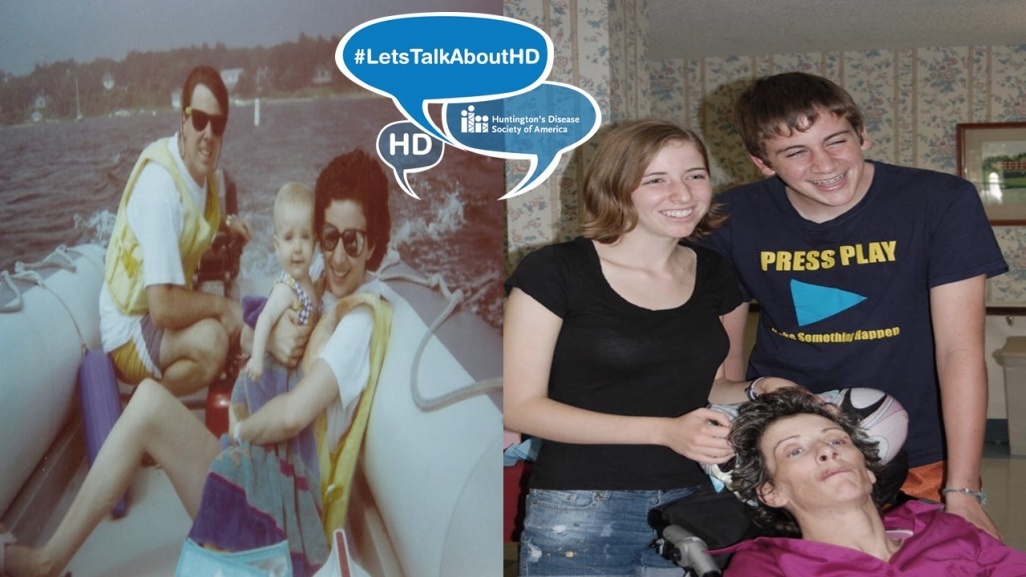 Kristen Powers is not a selfish person. She cares about those around her and wants to make a difference in the world. She explains this in more detail in a recent TEDxTeen.

Through her documentary, Twitch, she wanted to bring awareness to a disease that many people do not talk about or are afraid to - Huntington’s disease (HD).

When Kristen was nine years old, her mother was diagnosed with HD after a few years of not knowing what was wrong with her. The family learned that she inherited the disease from her father, for whom she never met. Kristen’s mother had early symptoms of the disease which included involuntary movements. For example, she would often kick the movie theater seat in front of her.

The symptoms of Huntington’s disease are described as having ALS, Parkinson’s and Alzheimer’s – simultaneously. Other symptoms include personality changes, mood swings, depression, impaired judgement, slurred speech, difficulty in swallowing, and significant weight loss.

Her mother stayed in a nursing home for several years because Kristen’s grandmother could not provide the proper care for her. In 2011, her mother passed away due to complications from HD.

“It was a very traumatic experience as a kid watching your mum die slowly,” Kristen explains. “The worst part of losing my mum so young is not being able to ask her questions about her life or ask her what it was like being a mom. It's definitely a hole I feel in my life now.”

As the family would further research, Kristen and her brothers knew the chances of being diagnosed with HD. Each child of a parent with HD has a 50/50 chance of inheriting the faulty gene that causes Huntington’s disease. Today, there are approximately 30,000 symptomatic Americans and more than 200,000 at-risk of inheriting the disease.

Growing up, Kristen was always independent and knew what she wanted to do in regards to being tested for HD. By the time Kristen was eighteen years old, she decided to be tested. She not only wanted to be tested but wanted to film her genetic testing journey and results.

“I wanted to make a film about HD because I was tired of trying to explain how nerve-racking genetic testing was and how upsetting HD can be,” said Kristen. “I wanted to show it to the world.”

Each year, 5-10% of at risk patients are tested. At-risk patients can be tested at a genetic testing center that includes sessions with professionals who are knowledgeable about HD and the local services available. It can take several weeks to receive results once the genetic test is complete.

She would then meet people in the HD Community and two of them helped her find a producer and medical professionals. Throughout the entire process, she had a team behind her and an angel in heaven looking after her.

“My support system is what got me through the hardest times with my mum's battle as well as my own with genetic testing,” said Kristen. “I couldn't have done it without my family and a circle of tight-knit friends.”

Twitch is a documentary that is relevant to people in the HD Community that are considering testing for the disease as medical professionals explain the disease in-depth and Kristen shows the genetic testing process step by step.

To find out if Kristen tested positive or negative, watch Twitch.