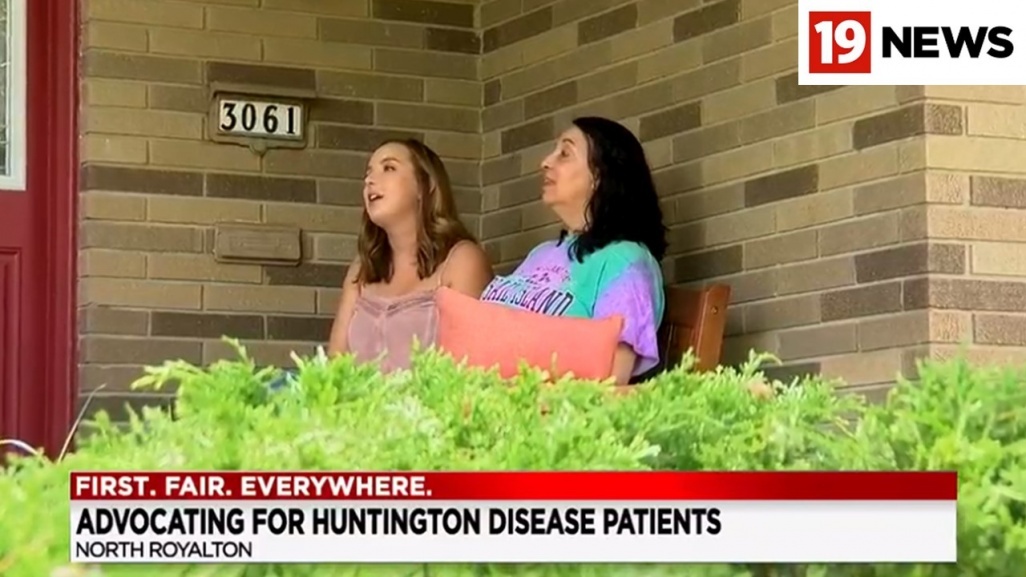 NORTH ROYALTON, Ohio (WOIO) - A Cleveland State University student, whose mother has a genetic disorder, is speaking out to educate others about its impact.

Brittany Passerell’s mother, Collette, is 58 years old. She was diagnosed with Huntington’s Disease. She’s not the only one in her family to battle the illness. Her father and two of her sisters also have Huntington’s, a fatal brain disorder that causes muscle spasms and impacts emotional and cognitive functioning.

"We're just trying to have fun and take it day by day, see how everything goes. Stay close, have fun together, and enjoy the days we have," said Brittany Passerell.

She says she was inspired to talk to others about Huntington's when she learned what a difference planning ahead can make, even helping early stage patients get access to preventative care geared to finding a cure.

"There's trials going on right now," she said. "If you get into them, some of them only take you when you're in the early stages."

Collette says she's been watching her daughter as she makes it her mission to educate others.

Huntington's Disease is hereditary. Those whose parents have been diagnosed with the disorder are far more likely to get the disease themselves, although misdiagnoses are common. Brittany Passerell says one physician told her mother it was impossible she had Huntington's, even though it ran through her family, because she was older than 40. Symptoms typically emerge between the ages of 30 and 50.

Brittany is only 22 years old, but she’s preparing for her future, knowing the reality that she could one day experience the same symptoms she sees in her mother. She says she’s preparing, even talking to her longtime boyfriend about whether they would have kids or if they could use IVF technology to avoid passing the Huntington’s gene to their own children.

"I don't even know if I'm positive yet, but you have to think of those things and talk to them and make sure that you're on the same page," she said.

The reason she's waiting to test is sobering. After diagnosis, Huntington's patients often find it impossible to take out life insurance policies. Brittany Passerell says she wants to know, but she's willing to wait until she's really ready.

“I’m going to live life to the fullest and either way, there’s nothing you can do about it, but live with it.”